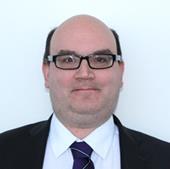 Thanks to James Medhurst of Hill Hofstetter for preparing this case summary.

Can an agency worker bring a whistleblowing claim against the end user?

The Claimant had a contract of employment with an agency, which placed her in a medical centre operated by the Respondent, an NHS Trust. She also had an agreement with the NHS Trust which identified a supervisor, imposed a procedure for reporting sickness, and included a right of dismissal.

Section 43K(1)(a) of the Employment Rights Act 1996 allows a whistleblowing claim to be brought by a worker, not only against an employer but also against an end user, if the terms of the contract are substantially determined by the end user, or both the end user and the employer. The employment tribunal found that it was the agency which substantially determined the terms, not the NHS Trust.

The EAT held that this was an error. The employment tribunal had failed to consider the possibility that both had substantially determined the terms. The extended definition of worker was enacted primarily to protect agency workers provided to an end user and should be interpreted accordingly.