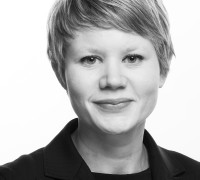 No, held the EAT in Salvation Army v Bahi & ors.

The Claimants were employed by a charity to provide support for the homeless. The employment tribunal held that there had been a service provision change ('SPC') to Salvation Army.

The EAT set out the well-known legal principles for defining “activities”.  It is to be given its ordinary, everyday meaning. It must be defined in a common-sense and pragmatic way.  It should not be defined too generally, but the definition should be holistic. An excessively detailed definition would risk defeating the purpose of the SPC provisions. The employment judge had “steer[ed] a correct course between the twin dangers of overgeneralisation and pedantry”.

The employment judge had applied the correct test for regulation 3(2A).  He used the language of 'fundamental difference' as an antithesis to the phrase 'fundamentally the same'.

It was unfortunate that two charities were embroiled in an expensive dispute. HHJ Richardson commented that some form of speedy dispute resolution – perhaps by a 'fast track' employment tribunal – would be highly desirable