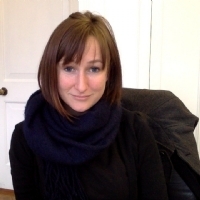 Does the former employer of a teacher owe that teacher a duty of care when making safeguarding disclosures?

A compromise agreement between Mr Mamurat and the local authority included an agreed reference that was positive save for disclosing a final written warning relating to confiscation of a pupil’s mobile phone.

Thurrock subsequently provided a chronology referring to a number of allegations made against Mr Camurat during his employment to the police. The chronology was “effectively reproduced” in an Enhanced Criminal Record Check ('ECRC'), causing Mr Camurat to lose a new job. It took Mr Camurat nearly 5 years to get the ECRC cleared.

Mr Camurat’s claims of negligence, breach of contract, misrepresentation and malicious falsehood were dismissed. Mackay J held that to impose a duty of care “would discourage those who would in good faith provide assistance to the police on safeguarding issues.” Further, there was no express or implied term that any disclosure to safeguarding bodies would be in the spirit of the agreed reference. Such a term would have been “a neglect of the defendant’s duty and therefore void”.

Mr Camurat was given permission to appeal.