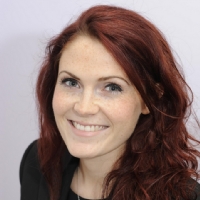 Thanks to Chesca Lord of Cloisters for preparing this case summary

Is the simplified approach to pension loss appropriate where an individual would have remained a member of a final salary scheme to retirement, but whose only future pension entitlement following dismissal was likely to take the form of a money purchase scheme?

No, held the Court of Appeal in Griffin v Plymouth Hospital.

Mrs Griffin, a bone densitometrist, successfully brought complaints of constructive unfair dismissal and disability discrimination. The employment tribunal found that with reasonable adjustments she would have been able to continue in employment indefinitely, but would not now work for the Trust or as a clinical technician again.

Following an appeal on remedy, a remitted employment tribunal projected that the Claimant would equal her earnings but for discrimination within a 12-year time frame, excluding evidence of subsequent unpaid employment on the strict terms of the remittal. The Court of Appeal approved this approach.

However, the Court of Appeal found that in applying the simplified approach to pension loss, the employment tribunal misdirected itself. The key question was the likelihood the Claimant would have remained in the Trust's final salary pension scheme to retirement. The employment tribunal erred in treating the Claimant's age as decisive and failed to consider her specialist skills, the job market, and her medical condition, which made the substantial loss approach the only appropriate one in the circumstances. There was no basis for the finding that she would join another final salary scheme in future.

The Court of Appeal remitted the case to the employment tribunal to assess pension loss using the substantial loss approach.

In his concluding observations, Underhill LJ said that the Pension Guidelines, formulated in 2003, were in urgent need of review and expressed the hope that HMCTS Service and/or the Judicial College would undertake this imminently.