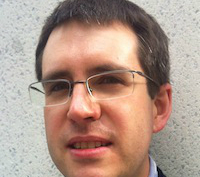 Thanks to Michael Reed, Employment Legal Officer at the Free Representation Unit, for preparing this case summary

Is it a breach of the Fixed-Term Employees (Prevention of Less Favourable Treatment) Regulations 2002 for an employer to purchase income replacement insurance that may not pay out to a fixed-term employee in circumstances where it would to a permanent employee?

Not in the circumstances of Hall v Xerox UK Ltd held the EAT.

The insurance provided income protection for employees who were off work for 26 weeks. But those on fixed-term contracts ceased to be a members of the scheme at the end of their term. Mr Hall was injured on 12th April 2012; his contract ended on 20th July. Although his contract was extended, the insurer concluded that he had exited the scheme on the 20th July. He was therefore worse off than a permanent employee. He brought a claim under the Fixed-Term Regulations.

The Employment Judge, with whom the EAT agreed, concluded that the act that disadvantaged Mr Hall was that of the insurer, not Xerox. For there to be less favourable treatment under the act, there must be an act or omission by the employer.