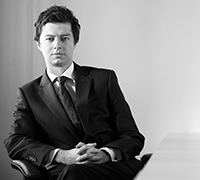 Can an employer recover costs in respect of time spent by a legally qualified in-house representative?

It has long been the position that such costs are recoverable (Wiggins Alloys Ltd v Jenkins [1981] IRLR 275) and the definition of 'costs' in the Rules of Procedure did not change the position.

The Claimant's claim was struck out as a result of his failure to comply with case management directions. The Employment Judge made an order for costs.

The Claimant/Appellant argued that the definition of costs, found successively in rule 38(3) of the 2004 Rules and rule 74(1) of the 2013 Rules, did not permit the award of in-house legal costs. He contended that the definition was exhaustive and the words 'fees, charges, disbursements or expenses' incurred by or on behalf of a receiving party were not apt to cover time spent by an in-house legal representative.

The EAT (HH Judge David Richardson) held that there was not the slightest reason for doubting the correctness of Wiggins Alloys Ltd v Jenkins. There was, in the enabling legislation and in the procedural rules, no basis at all for drawing a distinction between the use of in-house lawyers and independent solicitors. It would be absurd and capricious to do so (paragraph 12). The costs of an in-house legal department could permissibly be described as a charge or expense upon the employer (paragraph 16). A receiving party may claim costs where he is legally represented by a qualified employee (paragraph 19).