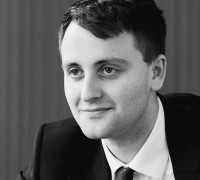 Thanks to Gus Baker, pupil barrister of Outer Temple Chambers, for preparing this case summary

Can an employment tribunal take account of the absence of mutuality of obligation when deciding whether an individual is an employee for the purpose of the Equality Act 2010?

Yes, held the Court of Appeal in Secretary of State for Justice v Windle and Arada.

The Claimants were professional interpreters who provided work for HMCTS on a case-by-case basis. They were self-employed for tax purposes and did not receive holiday or sick pay.

Proceedings were brought against the MoJ for racial discrimination. The employment tribunal dismissed the claims on the basis that the Claimants were not employees for the purposes of the Equality Act 2010. Citing Quashie v Stringfellows, the employment tribunal considered that it was relevant that there was no obligation on the Claimants to accept any assignment, and thus there was no mutuality of obligation.

The EAT disagreed, finding that the absence of mutuality of obligation was only relevant in considering whether a contract of employment existed, and was irrelevant to whether there was a “contract personally to do work” as specified by the Act.

Restoring the employment tribunal’s decision, the Court of Appeal found that, despite the fact that demonstrating mutuality of obligation between parties was not a pre-condition for the definition of 'employment' under the Equality Act, it was a factor capable of shedding light on the nature of the relationship.