Carrying over Holiday Pay when Sick 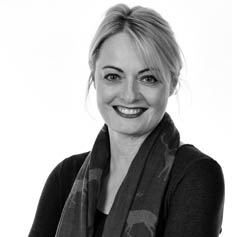 Does an employee on sick leave have to show he was unable by reason of illness to take holiday for it to be carried forward and is the right to carry forward unlimited?

No and no, held the EAT in Plumb v Duncan Print Group Limited.

Mr Plumb, a printer, took four years' sick leave following an accident. Upon dismissal he sought payment for 60 days' accrued holiday for 2010, 2011 and 2012. The employment tribunal dismissed the claim because he was unable to show that his medical condition was the reason he did not take his leave.

On appeal the EAT overturned the finding. Article 7 of the Directive does not require a sick employee to take annual leave during the leave year or to show he was unable by reason of sickness to take the leave: he may be unable or unwilling to take it, as per the decision of the Court of Appeal in Larner and is entitled to take it at a later date. Regulation 13(9) of the Working Time Regulations 1998 must be interpreted to give effect to the Directive. Note that this case concerned only the four weeks' leave granted by Regulation 13 and not any additional leave under Regulation 13A. In Sood Enterprises v Healy the EAT held that the additional leave is not eligible for carry forward.

On timing the EAT ruled that such leave cannot be carried forward indefinitely and that it may be limited to 18 months' carry forward from the end of the leave year. The EAT held that it is clear from the wording of the Directive and the case law of the CJEU that national law is not required to allow carry forward without limit and that Regulation 13(9) should be read as permitting a worker to take annual leave within 18 months of the end of the leave year in which it accrued. In KHS AG v Schulte the CJEU held that carry forward may expire no earlier than 18 months and held that a shorter period might also be appropriate (in that case 15 months). Note that the issue of the time period for carry forward did not arise before the Court of Appeal in Larner.

The EAT held that Mr Plumb was entitled to payment in lieu of annual leave for 2012 but not for 2010 and 2011. Permission to appeal to the Court of Appeal was granted to both parties.