Last week, the Secretary of State for Work and Pensions announced substantial reforms to UK employment law. Here are some comments from some of the leading UK commentators on employment law.

The funniest comment will receive a complimentary copy of the 5th edition of the Law Society Handbook on Employment Law; by happy coincidence published on the same day as the reforms were announced and the winner of the 'most immediately out of date book of the world' competition.

To submit a joke, either tweet @daniel_barnett or email me on daniel.barnett@outertemple.com

Several contenders (the highest ones are the most recent submissions) 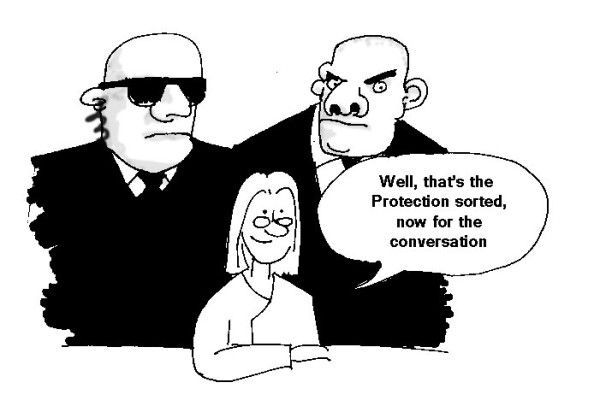 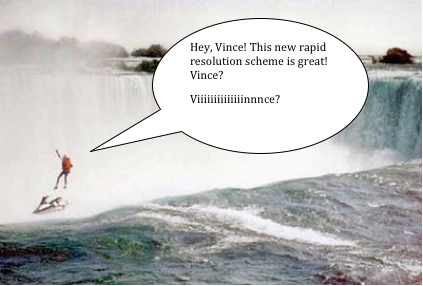 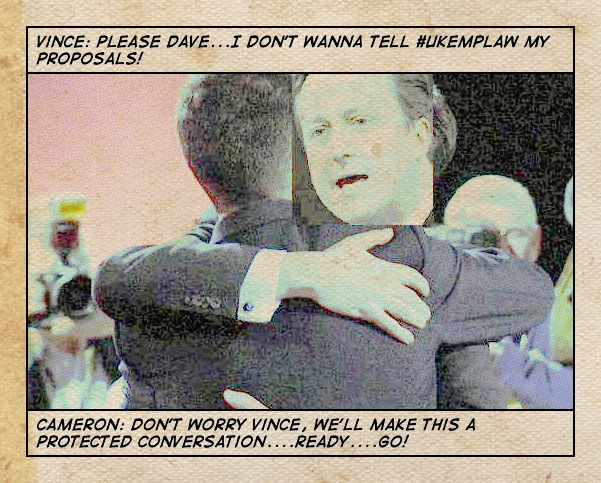 (sent by Rachel Farr)
Picture the scene… An office. Grey. It's November outside. An employer asks an employee if they can have a protected conversation. Nervously, the employee agrees. As he does so, a disco ball is lowered through the polystyrene ceiling tiles and, as the employer strips off his jacket to reveal a sequined bustier, he begins to sing…

"At first I was afraid, I was petrified -
Kept thinking I'd employ you til the day you died.
But now we can talk frankly
And I can tell you how you're wrong
And I've grown strong - I can dismiss you for a song!

'Cos all you do is take up space
You never buy us donuts, you've a sad look on your face
I should have changed that stupid passcode
I should have made you leave your key
If I'd have known for just one second you'd come in to bother me

Go on now, walk out the door
Just turn around now
'Cos you're not welcome anymore.
Weren't you the one who makes the office groan?
Well here's your stuff - and repay your season ticket loan!

Your prospects may dive
But now you're gone here's the news - we're gonna thrive
We can fire without cause
And without breaking any laws
Protected convos are the future,
And now we're gonna boot ya…


(sent by Mark McWilliams)
Sacked by your employer? I hear Acas are recruiting...


(sent by Ian Taylor)
Employee: Sir Alan, please could we have a protected conversation?
Sir Alan: Certainly. You're fired.


(sent by Anya Palmer)
Vince walks into a bar and orders that bartender needs 2 years before he can claim unfair dismissal. Then consults on whether to order that.