Rishi Sunak sat down, and I sent out my summary (below).

Then, within minutes, HM Treasury sent out a tweet which shows the new Jobs Support Scheme is quite different from what (I thought) Rishi Sunak just said in his statement to the House of Commons.

Unless I misheard, Rishi Sunak said that the government would top up wages to two-thirds.

However, the HM Treasury tweet says something quite different - see image below. 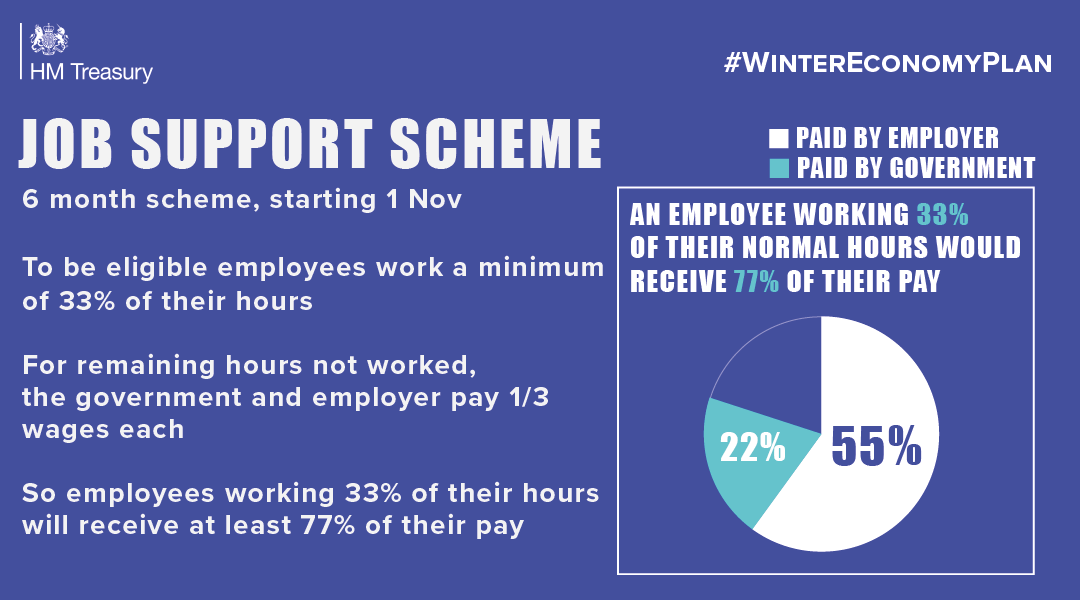 Ho hum.  I really don't think I misheard, but perhaps I did.  I'll keep you informed...

The Chancellor, Rishi Sunak, has set out the government's new job retention measures in a statement to the House of Commons.  This is my summary, not the formal statement.

The new Jobs Support Scheme involves the government supporting the wages of people in work, giving employers the option to keep people in work on shorter hours, rather than make them redundant.

Employees will have to work at least one-third of their normal hours, and be paid for that by the employer.  The government will then top up pay to two-thirds of salary.  (The verbal statement in the House made no mention of any maximum payments; doubtless that will be made clear in due course).

All SMEs are elgibile, and larger businesses will be eligible if, but only if, their turnover has fallen through the Covid crisis.

The new Scheme is open to all employes, even if they were not previously used furlough.

The Scheme will run for six months from November.

The self-employed grant is being extended on similar terms and conditions to the new Jobs Support Scheme.

When the Press Release is published (and any draft legislation) I will send out the links.