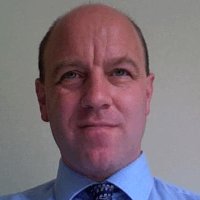 If a member of an Employment Tribunal is apparently sleeping for around 15-20 seconds, having been observed to be drooling by the Employment Judge, is that a material procedural irregularity to permit a judgment to be overturned?

No, held the EAT, in Elys v Marks and Spencer PLC. The unsuccessful Claimant appealed, arguing that one lay member had been asleep at different periods during a three-week hearing. The member had often closed his eyes to combat dry eyes, and had been taking painkillers.

The EAT noted that its function was to make findings of fact as to what had occurred at the hearing, and to decide either if there was inattention, or the appearance of inattention, to a properly informed and impartial observer. It concluded that there was neither. The member asked questions, his notes were extensive, and he took full part in discussions with the Tribunal. The 15-20 second 'drooling' incident was not 'of sufficient materiality to amount to a procedural irregularity'.

The EAT made observations for Tribunals in the situation of a member who has a medical condition that might be misinterpreted by litigants. It should be raised by the member with the judge at the first instance, and the EAT noted that had the member's conditions been raised with the parties at the outset, there might have been no appeal.