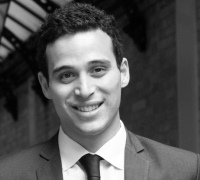 Was the Claimant entitled to pursue a claim for negligence in the High Court in respect of the same issues that had previously been alleged before the employment tribunal and dismissed as being out of time?

Yes, held the Court of Appeal in Nayif v The High Commission of Brunei Darussalam.

The Court of Appeal disagreed, noting that a determination that an issue could not be considered at all did not amount to a final disposal of the claim. The apparently strict test in Lennon, suggesting that res judicata applies whenever there has been any order dismissing the case, was too wide and did not cover situations where the order dismissing proceedings was the result of a refusal to accept jurisdiction. As a result, Mr Nayif was allowed to pursue his action in the High Court.

The Court of Appeal considered, but rejected, Mr Nayif’s argument that striking his claim out as res judicata would constitute a breach of Article 6.